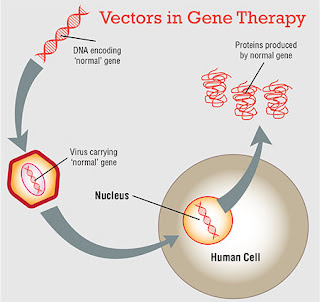 Robert MacLaren FRCOphth a professor of ophthalmology at the University of Oxford undertook the operation at the John Radcliffe Hospital, also in Oxford.

The patient, Janet Osborne an 80-year-old woman from Oxford, has geographic atrophy (GA) which is associated with progressed dry AMD. It causes blurring in the central part of vision, for Janet in her left eye.

The procedure involves detaching the retina, injecting a virus-containing solution, beneath. Contained in the virus is the modified DNA sequence which infects the retinal pigment epithelium cells and corrects the genetic defect which causes AMD, reports Oxford University Hospital.

"We're harnessing the power of the virus, a naturally occurring organism, to deliver the DNA into the patient's cells. When the virus opens up inside the retinal cell it releases the DNA of the gene we have cloned, and the cell starts making a protein that we think can modify the disease, correcting the imbalance of the inflammation caused by the complement system." MacLaren stated at the release.

"It is an interesting application and approach to this very common cause of vision loss," Allen C. Ho, MD, the Director of the Retina Research Program at Wills Eye Hospital and OSN Retina/Vitreous Board Member noted.

The operation was the first phase of the 1/2 FOCUS trial, which is accessing the biological activity of the treatment, developed by Gyroscope Therapeutics.

"What's unique about this particular clinical trial is that they are trying gene therapy surgically delivered to the subretinal space to try to modify the disease process," Ho said. While other clinical trials are testing injection therapies to treat dry AMD and geographic atrophy, there are no proven treatments currently.

Ho added, "Using gene therapy for this form of the disease to modify disease progression is interesting and exciting science, but not proven yet."

UK biotech Gyroscope Therapeutics could have a mass market product on its hands if its new gene therapy for one of the most common form of blindness proves effective.

It is estimated that 196 million people globally will have the disease in 2020, while 11m will suffer significant vision loss. The company dosed the first patient with their one-off targeted injection, in hopes to prevent any further photoreceptor degeneration in the retina. In the UK already 600,000 people are affected by AMD.

Targeting the naturally occurring molecule which is responsible for activating MAC, a cell-killing factor named the membrane attack complex which in dry AMD seems to have gone rogue. MAC damages healthy retinal cells as well as unhealthy cells. The injection acts to block the molecule from attacking, this injection being the first of the companies' therapies to progress into clinic.

The initial trial will check the safety of the procedure and provide evidence that it can slow down degeneration. If early signs are positive, the therapy testing will be expanded to include patients with less advanced AMD.

" A genetically defined treatment administered early on to preserve vision in patients who would otherwise lose their sight would be a tremendous breakthrough and certainly something I hope to see int he near future," said MacLaren.

These pioneering advances in medicine follow on from the clinical trials for the treatment of choroideramia which has recently been successful.

Gene therapy treatments could prove useful for other conditions 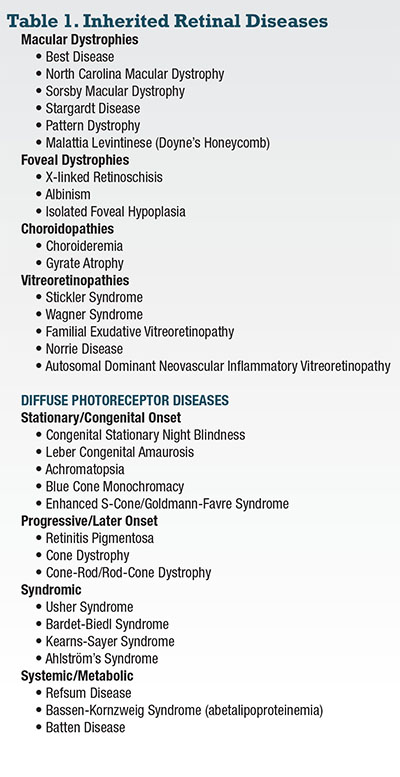 Currently under trial are 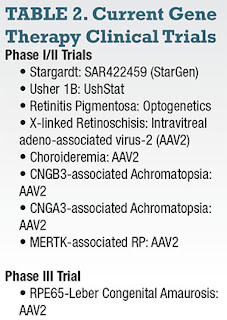 Professor MacLaren said: 'This is a rapidly evolving field. Given that we understand a lot more now about the manufacture of the treatment, and the effects of the virus when doing gene therapy at the back of the eye, as well as all the other gene therapy programmes being developed at the moment, I would hope that we’ll see a treatment for people with dry AMD within the next few years.'