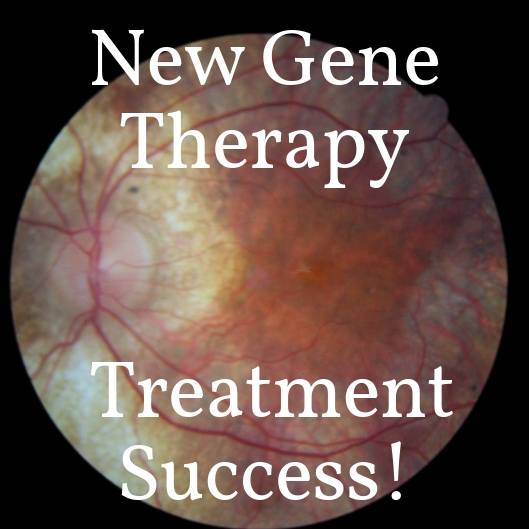 Gene Therapy Success!
A trial for choroideramia gene therapy has been reported. 14 patients at Oxford Eye Hospital received injections of a virus containing the missing gene, into the eye. 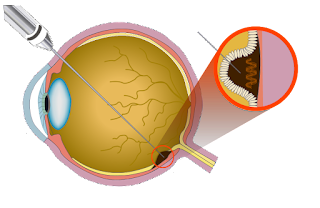 Significant improvements to vision were found across the group of patients. 12 maintained or even gained vision, which remained for up to five years. Of the untreated eyes, only 35% sustained vision.

"I was going into the operating theatre and having my eye injected with a virus that was used to insert the correct DNA into my cells so that the missing protein was produced. After the operation, I had my month one test. When I was doing the usual eye chart test, I had a lightbulb moment. I realised that I was about to go on reading past a point I had not reached in a decade.

I read the equivalent of four lines on the eye chart more than I could before. I was sitting there reading and I had tears just streaming down my face with this massive grin" - Joe Pepper, a Surrey teacher on receiving gene therapy.

This research will hopefully pave the way to future breakthroughs, for other eye diseases including macular degeneration. 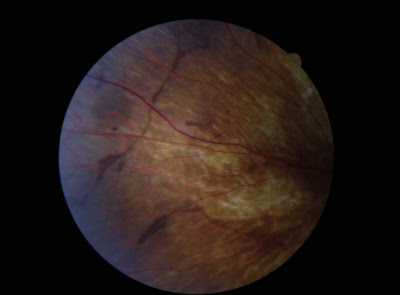 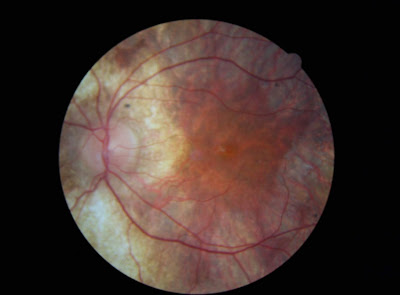 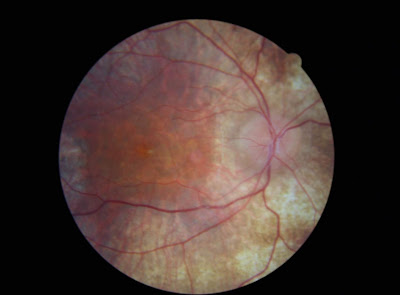 Choroideremia is a condition that causes progressive loss of vision. Mainly affecting males, the first symptom is usually night blindness. Patients often feel their vision is not as good in low lighting, often starting from early childhood.

The visual problems are a result of loss of the cells that pick up light and also the choroid blood complex surrounding,this is also known as atrophy. As the condition progresses, visual field loss can follow, narrowing to leave tunnel vision. Fine detail or acuity can also be lost over time.Generally vision can decrease over time, but the severity each person experiences can vary.

Cause
Choroideramia is caused by mutated genes, specifically the CHM gene. CHM gives instructions and attaches to other molecules called Rab proteins inside cells. A mutation causes a cascade of events which mean the Rab proteins can not reach or attach to the correct area (organelles inside the cells), cells then die off prematurely.

Inheritance
An X-linked recessive pattern. The X-chromosome, one of the two sex chromosomes, are found as pairs in females XX and XY in males. So males only require one copy of the mutated gene to cause the condition, while females need two mutated copies. Women with just one copy are called carriers, they generally will not have symptoms of choroideremia but may show small areas of cell loss during a thorough eye examination. Though these changes may affect vision, but later on in life. 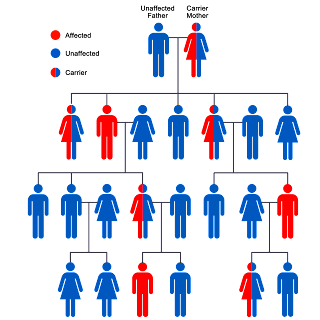 Statistics
It's estimated that choroideremia affects 1 in 50,000 to 100,000 people. It has been noted that they condition may go underdiagnosed because it shares similarities with many of eye disorders.
Of all causes of blindness, choroideremia accounts for 4%.