According to a study published in the journal Cornea, daily supplementation with a combination of omega-3 fatty acids for six months improves ocular irritation symptoms and halts the progression of inflammation characteristic of moderate-to-severe dry eye,.

Stephen Pflugfelder, professor of ophthalmology and James and Margaret Elkins chair at Baylor College of Medicine in Houston, Texas and his team evaluated the effect of a supplement containing both gamma-linolenic acid (GLA) and omega-3 polyunsaturated fatty acids on postmenopausal patients with tear dysfunction. This research study reinforces the findings of earlier works by people such as Gilbard et al whose studies showed that an optimised mix of fish and flax oil, Theratears Nutrition, both improved meibomian secretions and reduced inflammation in Dry Eye. 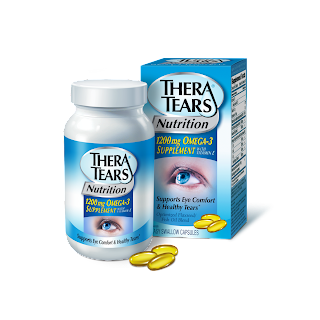 A total of 38 patients were included in the study and randomly assigned to receive the supplement or a placebo for six months. Disease parameters including Ocular Surface Disease Index, Schirmer test, tear breakup time, conjunctival fluorescein and lissamine green staining and topographic corneal smoothness indexes were assessed after four, 12 and 24 weeks and compared to the start of the study.

“Prior to this study, clinical evidence showing that nutritional supplements were beneficial in treating dry eye was scarce,” said Mr Pflugfelder. “Within three months, the group treated with theOmega 3 supplement showed statistically significant improvements in irritation symptoms of dry eye, and no progression of ocular surface inflammation or corneal irregularity. The placebo group’s dry eye symptoms actually worsened over the six-month testing period.”

He added: “While the trial studied post-menopausal women, the largest group of dry eye sufferers, we think the benefits of Omega 3 supplementation should apply to other populations suffering from dry eye since inflammation is believed to be a common thread in dry eye.”