Age-related macular degeneration (AMD) is the leading cause of irreversible blindness in adults who are more than 50. A new study revealed that the condition might affect 77 million Europeans come 2050. 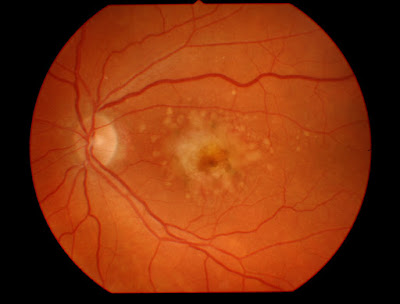 A team of researchers unveiled new information about the prevalence of AMD in the coming decades in the study, which was published in the British Journal of Ophthalmology. The new data may help the health care system to plan on allocating resources for patients and careful planning in the next decades.
The team came up with estimates through calculating information they pooled from 22 prevalence studies, which covered 55,323 people between the age of 60 and 81. The prevalence studies were those involving the existing disease, and the researchers also gathered information from four incidences (new cases) studies across Europe.


The findings of the study unveiled that the number of existing cases is expected to boost by 15 percent. On the other hand, the researchers project that the number of new cases will increase by up to 75 percent in the next three decades.
The team estimates that about one in four older adults in Europe will develop AMD, spanning from one in ten cases in those who are below 65 years old, to nearly 27 percent of those who are more than 75 years old.  The team also took into consideration the projections of those who will have advanced AMD, those who may experience irreversible blindness, and found that about 2.5 percent for all older ages combined.
Aside from the existing cases, the team also calculated for the new cases of advanced AMD. The team gathered information from 7,223 participants from four incidence studies. To calculate the annual rate of new cases of advanced AMD, they found that it was 1.4 new cases per 1,00 people more than 50 years old.
The annual new case of advanced AMD rate is 0.5 in 1,000 and 6.7 in 1,000 in those who are under their 70s, and those over 70s, respectively.
Overall, the figures helped the researchers estimate that in total, about 77 million people in Europe will develop AMD in the next three decades, compared to 67 million in 2015.
People who are more than 75 had the highest increase in case rates, increasing from 50 to 57.6 million, as much as 15 percent, in 2050. Those with advanced AMD is projected to also increase by as much as 20 percent, from 10 million to 12 million in 2050.
Lastly, the researchers noted that the new cases of advanced AMD would soar from 400,000 per year to a staggering 700,000 in the next 30 years. Germany had the highest number of cases.
The researchers emphasized that most of the studies they pooled were from Western Europe; the results of the study can’t be applicable to Eastern Europe countries. However, they propose conducting further studies to strengthen the findings of the study, involving other countries or even other continents in the world.